“892,” which premiered in the 2022 Sundance U.S. Dramatic Competition, tells the devastating true story of an ex-Marine named Brian Brown-Easley (John

What everyone is saying about individual development plans
By learning to read at 51, the inspirational Jay Blades has shown it’s never too late
Best Mother’s Day Gifts Ideas To Celebrate This Mother’s Day

“892,” which premiered in the 2022 Sundance U.S. Dramatic Competition, tells the devastating true story of an ex-Marine named Brian Brown-Easley (John Boyega) who holds up an Atlanta bank after failing to receive his monthly disability check for $892. The film almost entirely takes place during the tense standoff between Brown-Easley and his family, bank employees, and law enforcement as they try to talk him down.

As one of Michael K. Williams’ last projects and his first posthumous film role, the late actor’s presence looms large. Williams plays Eli Bernard, the soft-spoken but steadfast leader of the various law enforcement organizations gathering outside the bank.

In a conversation at TheWrap’s Sundance studio, Boyega along with co-stars Nicole Beharie and Olivia Washington, writer Kwame Kewi-Armah and writer-director Abi Damaris Corbin, talked about what it was like to collaborate with one of his screen heroes.

As soon as Williams’ name came up in early talks about casting the part of Bernard, it was a no-brainer, he said.

“What’s the point of mentioning anyone after that?” Boyega recalled saying to Corbin, who laughed in agreement. 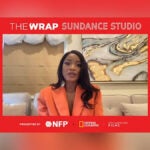 He also recalled his surprise first meeting with Williams, which took place when the actor accidentally walked into his trailer and struck up a conversation about his work. Recognition is flattering coming from anyone, but especially from Williams, who had played “such an iconic role in my artistic inspiration, as well as many others,” said Boyega. “It was great to connect.”

Since the majority of the film’s dialogue is conducted over the phone, the cast met up outside of rehearsal time to work on building rapport. 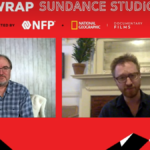 Those extra efforts paid off when the cameras started rolling and the actors felt comfortable experimenting with their delivery.

“Sometimes as an actor, you’re like, okay, let’s try it several different ways, let’s be softer, let’s be more engaged, let’s be more stern, that’s the art of what we do,” he said. “So we were able to just play with those things and come to a clean conclusion on that.”

Watch the interview above.

Ironing out the interiors of exoplanets 0