How to be unpopular in the cheap cloth world
This Is the Mindset You Need to Be Successful at Remote Work, According to a New Cambridge Study
How to Create a Wardrobe That Shows Off Your Personality

A farmer plants fresh shoots in a flooded paddy field. The rice harvest for 2022 is forecast to be up 18% on last year. (file photo)

Thailand has set a rice export target at 7 million tonnes this year, 14.6% higher than in 2021, the leading rice exporters body said on Wednesday.

The world’s third-largest rice exporter shipped 6.11 million tonnes of the grain last year and 5.7 million tonnes in 2020, the lowest volume in two decades.

“It’s a brighter outlook this year than the last two, in which drought undermined our production and the baht was too strong,” Mr Chookiat told Reuters.

“We should overtake Vietnam this year and become the world’s second-largest exporter,” he said.

Thai rice export volumes declined for three consecutive years after hitting a record high of 11.6 million tonnes in 2017. Thailand recorded its lowest export volume in two decades in 2020 and slipped to third place in global rankings after being overtaken by Vietnam, which shipped half a million tonnes more of the grain that year.

Thai rice is trading around $20 per tonne higher than similar Vietnamese grades. “In the past two years, people just bought whatever was the cheapest,” he said. “But now they have more power to choose better quality rice, even if it’s slightly more expensive.” 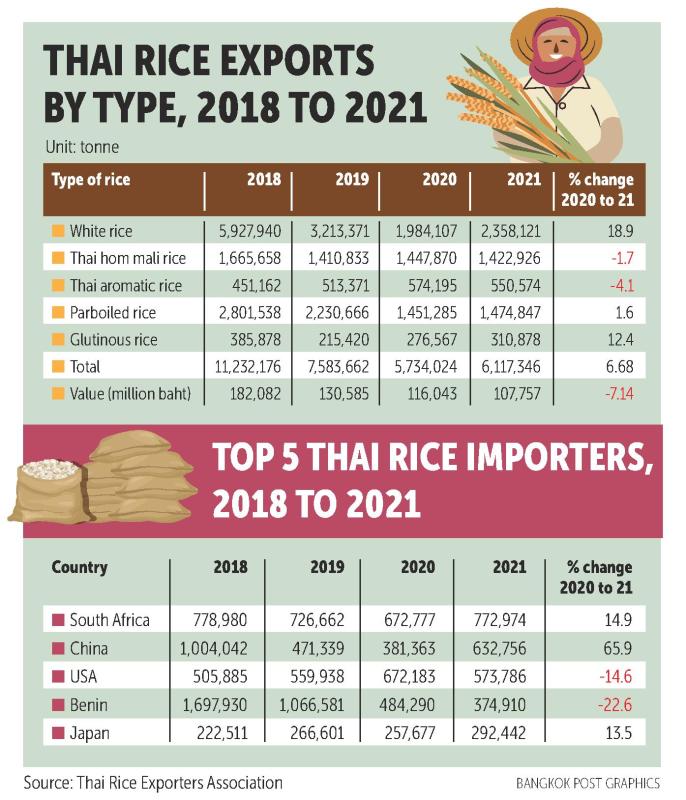 As home prices skyrocketed, sellers made killer profits in 2021 0